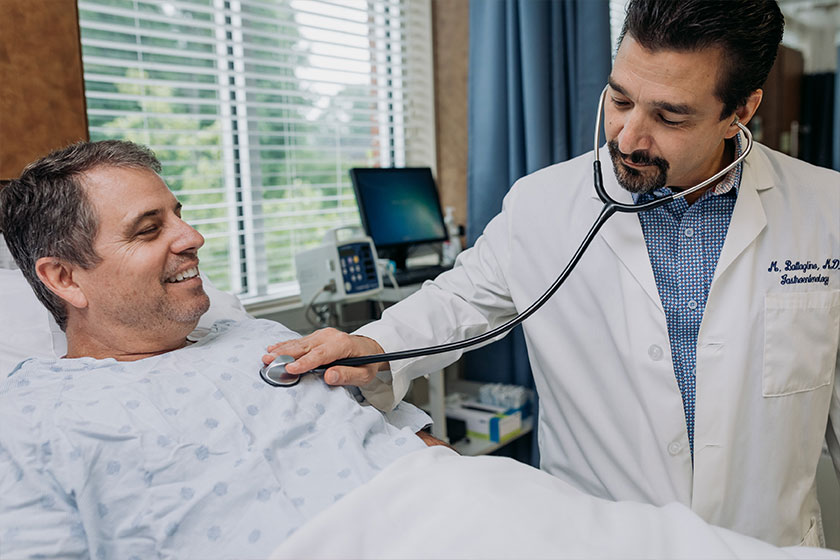 Ulcerative colitis and Crohn’s disease are conditions that fall under the general category of Inflammatory Bowel Disease (IBD). These diseases affect about 1.4million people in America and are conditions we commonly treat at Wake Endoscopy Center. Inflammatory bowel disease, as the name implies, is a chronic inflammatory process of particular portions of the lining of the gastrointestinal tract. The true cause of these conditions is not known, however an overactive immune system is implicated in the destructive process. Essentially, your body’s own defense system inappropriately attacks the normal lining of the intestine. In this sense, these conditions are considered autoimmune diseases and are similar to other diseases such as Rheumatoid arthritis which happens to causes inflammation in the joints. In IBD, the damage caused by the “attack” leads to the symptoms we most commonly see which include: severe abdominal pain, chronic diarrhea (sometimes bloody), and weight loss/malnutrition.

The onset of both ulcerative colitis and Crohn’s disease usually occurs when a person is in their late teens through late 20s. Men and women are equally affected. There is some genetic influence as you are more likely to be diagnosed with these conditions if other family members have the disease.

Symptoms of the disease are noted above. They can be sporadic, as IBD is characterized by periods of “flare” and periods of “remission”. Another words, ups and downs. You may spontaneously recover from your initial bout of the disease, thinking that you just had a “stomach bug”, only to realize weeks to months later that the symptoms keep recurring. Weight loss and blood in your bowel movements is always an indicator that there is a serious issue. While there is no medical cure for IBD, there is wonderful news. Recent advances in our understanding of IBD have led to novel medical therapy which has revolutionized the way we treat these conditions. These new medical therapies are termed “biologic agents” and the one we most commonly use is Remicade. Remicade blocks a particular protein in your body that is critical in causing the inflammation and damage to intestine. It basically “puts out the fire”. Prior to the use of these drugs, many patients with IBD suffered from severe complications of the disease and required frequent hospitalizations and multiple surgeries to remove portions of the bowel. With the advent of biologic therapy achieving prolonged disease remission, significantly decreasing hospitalizations, and avoiding surgery has all become possible. There are a number of very effective biologic agents currently on the market in addition to Remicade, and a number more currently in clinical trials. This is a very exciting time in the treatment of IBD and certainly a time of great hope. At Wake Endoscopy Center, we have one of the largest and most successful Remicade infusion centers in the East Coast, with numerous patient success stories. The volume of patients treated exceeds that of any other center in the State of North carolina. We have a top notch staff of nurses and physicians who have extensive training and experience with the administration and use of these therapies. We are very proud of what we have accomplished with our unit and what we can accomplish with this unit in the future. Often times the symptoms of IBD are ignored due to embarrassment or denial and patients simply get used to dealing with their problem. Sometimes patients have had prior treatment for their IBD that has left them feeling very dissatisfied and frustrated. There is no reason to feel hopeless or helpless and there is no reason to live your life worried about wether a bathroom is nearby. We feel we can help you. So please contact us. We may be able to restore the life you desire and the one you deserve.